My laptop powered on and I sighed. Then I thought of the million and one things I can do now that I wasn’t able to do for the past 6 weeks. Then I rolled my eyes because…my body hurts and I don’t have much energy to do anything serious. But I’ll try anyway.
Over the past few weeks I have caught up with some amazing people on facebook. These people were extremely influential in my life when I was in college and heavily influenced my days as a Christian. Now that we have reconnected and all the “what’s going on with you?” is out of the way, I inevitably get the question, “How’s your relationship with God?”
To which I reply, “It’s fine. Better than ever actually?”
“You found a good church home?”
“No actually. I’m not religious anymore.”
“But,” they stammer. “You still believe in Christ right?”
“Ofcourse I do. I believe he existed.”
“But is he still your saviour?”
“Umm…No. What do I need saving from if I no longer believe in hell?”
GASP!
Then enters the litany of questions regarding my spiritual path. Last night one guy friend even apologized over and over again about not being a better friend to me because if he had led me down the RIGHT path, I would have never walked away from God.
“Who said I walked away from God?” I asked softly. I am not a debater. I don’t know how to argue with people about something as personal as beliefs. Who am I to sway what you think about something no one on this planet really knows the answer to? We’re all guessing, really. Who are you to try to sway my beliefs? But I do get it. I used to be like that too. I felt I was right and everyone else was wrong and it was my obligation to show them the way.
The crazy thing is, everytime I have a conversation like that it pushes me further away from religion and I feel so glad that I got away.
Look…if that works for you, then fine and I never try to convince you otherwise but that religious stuff didn’t work for me. And honestly the more I listen to you go on and on about the Bible the more I feel sad that you believe something just because someone else told you to believe it. I guess it’s easier that way. They talk. You listen. You follow their rules. It’s easier to believe that you are inherently a bad person and you need someone to make you better. It gives you an excuse when you do wrong- well, I AM a sinner so….
I’m not a sinner.
I don’t believe that I was born a bad person. I don’t believe I need to be saved from hell.
“What’s the difference between you and me?” I asked my guyfriend.
“The end result is the difference,” he said.
“Where are you going to end up that I am not going to end up?”
“Those who believe in God will have everlasting life and those who don’t will perish,” he stated emphatically.
“But I do believe in God.”
“You can’t believe in God and not believe in his word. The two are one and the same.”
“I do not believe the Bible is the word of God. It’s a book. But I do believe there is a Source a source of everything. Something made all this happen. I don’t think it’s an accident.”
Silence.
“You are scaring me,”
“Don’t be scared for me. I’m cool with who I am. I didn’t get peace from religion, all I got was condemnation from myself for not being good enough. All that focus on the afterlife and striving to get there had me hating everyday. I felt like a nutcase with some man in the sky watching my every move and judging my every thought. I didn’t like that.”
“God’s word is God’s word whether you believe in it or not,” he told me. “You’re still subject.”
“Alright. That’s cool.”
Silence.
I wish…I wish…people would allow others to create their own lives and live them out. But I do understand cuz I used to be the same way.
I do not apologize for my journey or my beliefs and every time I encounter a Christian who tells me I’m wrong I sigh and thank God I’m not like that anymore. Judging and condemning instead of inspiring and loving.
Look- I don’t claim to be the authority on ANYTHING but I DO know that I am free to 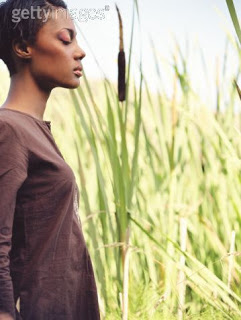 choose my own beliefs and live my life without asking anyone’s permission or getting anyone’s approval or guidance.
That’s some grown up shit right there. Too many people seeking approval from others for every decision they make and standing behind lies in order to project a certain image. I will not lie to you.
I will be me.
At all times.
No matter where it leads me.
I am so glad to me.
I am finally FREE.