I’m being pulled deeper and deeper into the virtual world.

After only 3 days on Second Life (SL)..I have to admit, I am hooked. It’s more than just a random pic and some random facts posted on a web page, it’s a WHOLE WORLD in there!

Since I’ve started living in SL, I have had the following experiences: 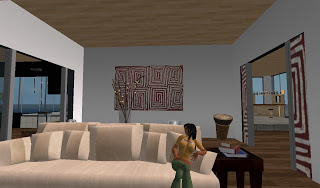 I hope I can stay out of this world long enough to finish my writing assignments for this week!